The content is accurate at the time of publication and is subject to change.
This content is not provided by Citi. Any opinions, analyses, reviews or recommendations expressed here are those of the author’s alone, and have not been reviewed, approved or otherwise endorsed by the Citi.

It was not that long ago, somewhere in 2006 that most financial experts claimed China was not yet ready to demonstrate the same competitive credit card market as in the USA and UK. Though the contribution of Visa, MasterCard and American Express was not insignificant at that time, credit cards issuance was still subject to strict regulatory barriers set by the government. So, Chinese consumers couldn't enjoy all the benefits such as those available in the highly developed Western credit card industry.

Times are changing, however, and today credit cards, previously the priority of Chinese executives and officials with political power, are flowing into the masses.

What provided for the increasing development of Chinese credit card market? Well, the presence of international banks on the market has persisted since 2004 but it is only now that Beijing is allowing five foreign banks to move ahead on their own, which is expected to boost credit card issuance to more than 40 million plastics.

These banks are looking to consolidate their position on China's credit lending market and make great revenues at the boom of its development.

Greater banking activity and increased competition make up only a part of the contribution to the lending market's development. As far back as 2005, the central bank of China announced the intention to establish the country's first credit bureau - the State Credit Bureau, which was to add up to the sound credit system.

The absence of a national consumer credit bureau like one of the world's three largest credit bureaus kept China's credit card industry in its first stages for long, not allowing banks to better determine credit risks and applicants to get credit as a result.

The credit bureau is set to collect, report and share consumer's credit card information such as the credit score or credit card history. What does it give? Evidently, the adequately operating credit reporting agency is established to work as an efficient credit risk determiner, thus providing for the economic growth and consumer lending stability in the country.

With Chinese government mitigating the control of the credit card industry and establishing the first national credit bureau, Beijing is likely to take the lending market to a much more competitive level allowing to rival with foreign giants in the ability to offer and maintain high quality credit consumer services.

The policy of lowering the barriers to competition in the market is expected to create an extended customer base and bring revenues of about US $5 billion to credit card issuers.

However, the progress will also bring lots of difficulties on its way. A wider and easier access to credit implies the serious problem of credit card debt which has already become the issue of the national scale in the USA and UK. 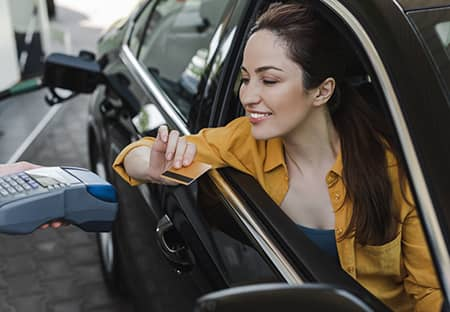