Last week, the Federal Reserve raised its benchmark interest rate by 0.75 percentage point in its attempt to tackle the inflation crisis. The same aggressive hike we've seen nearly three decades ago, in 1994.

We've been expecting the Fed to gradually raise its benchmark interest rate, but we couldn't imagine such an aggressive move. Instead of increasing the benchmark rate by half a point maximum, the Fed jumped right to a 75 basis point increase. This unusually large increase may happen again and as soon as at the Fed's next meeting, in July 2022.

The key interest rate increase will affect millions of businesses and consumers, pushing up the cost of borrowing for homes, cars, credit cards, and other loans in order to force a slowdown in the economy.

Credit card interest rates are closely linked to the Fed's actions. If your card's terms and conditions say your rate is variable, then you can expect to see your credit card rates rise within one or two billing cycles. For example, if your current interest rate is 16.75%, add 0.75%, the most likely increase, to your current rate, and you will get your new rate - 17.5%.

The cost of borrowing is becoming more expensive for those with variable rate credit products. Consumers with current debt may want to seek for refinancing options. Those with credit cards can pay off their credit card debt by transferring it to a balance transfer credit card with 0% introductory rate. Luckily, there are plenty of offers with 0% intro rates lasting for at least one year.

However, the key interest rate increase is not bad for everyone. The Fed's decision is good news for savers. While savers won't see an immediate increase by 0.75% interest on their savings, rates on accounts like savings accounts, CDs, and money market accounts are expected to go up.

When after taking a look at the cards you hold, you decide to close the one with the highest annual fee, don't act too fast. You might be able to downgrade your expensive credit card to the one with a low fee or no annual fee at... 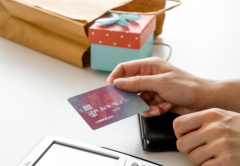