The data shows it! Credit card consumers are doing better at maintaining their account balances. Consumers are becoming more responsible for their finances and are actually making a difference in their pockets. In fact, the consumers are so diligently taking care of their credit card concerns that late payments have dipped to the lowest level in 17 years. According to TransUnion, a credit card reporting agency, the national credit card delinquency rate or payments that are 90 days or more past due have fell .60 percent in the second quarter. This number is down .92 percent from a year ago, and is the lowest since 1994.

Finance analysts expected consumer delinquencies to drop due to better consumer money management and better spending habits, but an improvement of this magnitude is far better than analysts’ predictions. "Not only do we have consumers that are using their debt more responsible and taking out less debt, they've also cut back on the number of the cards they carry," said Chet Wiermanski, global chief scientist for TransUnion's financial services business said.

Ironically, TransUnion’s report found that more consumers were choosing to use their credit cards over debit cards and cash. But in spite of increased credit cards usage, delinquency payments still decreased. This shows that consumers are actually making conscious decisions in regards to budgeting, credit cards and spending habits. According to the report, the average combined total debt for all major credit cards increased approximately $20 from the first three months of the year to $4,699 per consumer. That’s a massive leap. Surprisingly, that number is about five percent lower than it was in the second quarter of 2010, which clocked in at a debt level of $4,951, and 16 percent lower than the average debt in the first quarter of 2009, where the debt reached $5,575.

Several other factors have contributed to the declining delinquency rate. Banks have become stricter when it comes to approving credit card applications. And because of this consumers with low credit scores are feeling the pang of denial more so now than ever. Consumers with bad credit have to rely more on debit and cash resources. Banks have also reduced credit limits on existing cards, which makes it harder for consumers to run up large balances which they can not afford to pay off. Also the increased use of debit cards shows that consumers are more concerned with spending the money they do have, rather than borrowing. The thought process behind using credit cards is changing everyday, as long as consumers learn to live with debt and not let it overtake them, then debt management should progress.

Based on the data, analysts predict that consumers will continue to monitor their money and the delinquency rate will continue to decline for the remainder of the year. "It's hard to forecast where this is going when you've reached a historical low," Wiermanski said. "Because you're in uncharted waters." 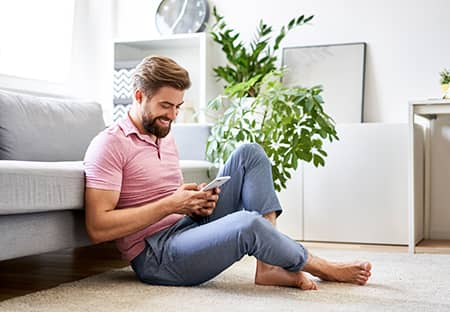