How does one know what is a fair credit score?

Though a majority of the American population has the so-called fair credit the young adults are not particularly aware of matters relating to the same.

Though there are no proper ranges to define a fair credit score, it is still assumed that anything in the range of about 640† to 680† is considered a fair credit score. Something below this (640†) would be considered low and lenders would be apprehensive to loan out to the individual who has this score. However, those with scores above 680† would be offered the best rates possible. The ones in this bracket would soon gain good credit ratings.

The importance of up gradation:

When there are delinquent accounts or untimely payments with regard to revolving credit or when the debt to income ratio is poor then such individuals would come under the fair credit bracket. One must keep constant tabs especially when huge sums are settled in debts and the up gradation must be done so as to maintain the accuracy of the credit rating.

The importance of planning:

Those with fair credit need to work harder to be able to avail good interest rates. Interest rates should be negotiated with the lenders in order to arrive at something that is reasonable. This could be done with a bit of planning and one could save huge sums with a bit of negotiation. A good move would be to offer to pay a bigger deposit in return for better interest rates.

Get a co-signatory if required:

Some land owners could be apprehensive while renting out an apartment unit to a prospective tenant with a fair credit score. Under these circumstances, it would be wise to get hold of a co-signatory to avail a lease, wherein the proof of income is provided and pay a bigger deposit or even provide a month's rent as advance. This would help re-establish the trust as well as the tarnished image and send the message that the individual is financially sound as well as responsible.

Prevention is better than cure, in this case:

A fair credit score is not okay and is very risky especially since the credit scenario has tightened up quite a bit. Falling to a bad credit rating from the fair slot would only take a couple of delayed or missed payments. Lenders are known to cut credit lines and increase the minimum amount due without prior warning. So in this case prevention is certainly better than cure.

What are the advantages of being an Accepted Platinum cardholder, and how can I make purchases with an account?

The Accepted Platinum Card is a line of credit that can be used exclusively at MyUnique Outlet Shopping Club website (www.myuniqueoutlet.com). My Unique Outlet is the online shopping portal for Unique Card Services that offers a wide...

I was offered to apply for Stoneberry credit while shopping online there. I didn't like that I can use that only at Stoneberry. Are there any credit cards that can be used anywhere if I don't have perfect credit.

Thank you for a question. You are right, Stoneberry credit can be used for shopping only at Stoneberry and its brands (including Masseys, Mason Easy-Pay, K. Jordan, and Fifth & Glam) and only online. If you want to shop anywhere, including offline,...

I like the Oportun Credit Card, but it seems to me that the percentage is high. Are there low interest credit cards for people like me with limited credit history?

Yes, it is possible to find such cards even if you have limited credit history. If your credit score is not where it needs to be, you can apply for credit cards for limited/no credit history from our partners and use it to bring...

I like the Staples Personal Credit Card, but it seems to me that the percentage is high. Are there low interest credit cards for people like me with limited credit history?

Yes, it is possible to find such cards even if you have limited credit history. If your credit score is not where it needs to be, you can apply for credit cards for limited/no credit history from our partners and use it to...

I want to get a Fortiva credit card, but I don't like that it comes with annual fee. Are there any alternatives?

Last week, the Federal Reserve raised its benchmark interest rate by 0.75 percentage point in its... 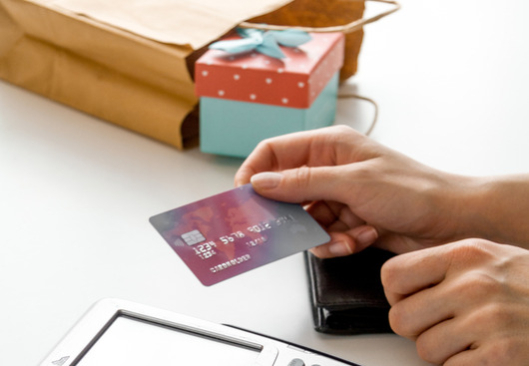 We can hardly imagine ourselves applying for a credit card without rewards. With the best rewards...

No annual or hidden fees. See if you're approved in seconds

No credit check to apply and find out instantly if you are approved.

† Credit scores are used to represent the creditworthiness of a person and may be one indicator to the credit type you are eligible for. However, credit score alone does not guarantee or imply approval for any credit card product. Credit-Land.com uses a FICO® Score, which is one of many different types of credit scores. A creditor may use a different score when deciding whether to approve you for credit.