The only airline that still waives the change fees is JetBlue. However, their flexible travel waiver is set to expire on May 31, 2021, and there have been no announcements about its extension.

Now, with expired flexible travel waivers, you will need to think carefully before you buy a basic economy ticket. Otherwise, you may spend twice as much as you intended to.

Apr 29, 2022
Chase Sapphire Lounges Will Be Opened In Six Airports

Read this
Gas Prices Are Rising: How to Save Money on Gas 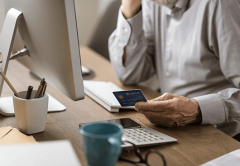